The Whitstable Women Writers’ anthology, Place, was launched with great success last Saturday.  Readings by the contributors went down a storm.  There was laughter (in the right places as opposed to pointing and laughing) and plenty of emotion too. 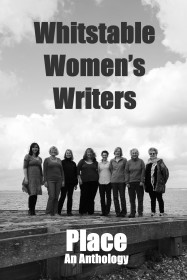 I have written three novels, I have been published in the Whitstable Women Writers anthology, Place, and the Writers of Whitstable anthology, A Different Kind of Kent, and had one non-fiction book, Whitstable Through Time published by Amberley. I have also had two short films produced and short stories and serials published in national magazines.
View all posts by Kerry Mayo →
This entry was posted in Uncategorized. Bookmark the permalink.